So far i have been able to recreate this only when working with glsl shaders on a sandbox, but i have had this happen on multiple occassions since the last GR 489...

If showfile crashes while messing with ffgl effect or Glsl shaders, the file becomes corrupt. Sometimes its as easy as renaming backup file as an scb and relaunching, although i have been more successful at getting the system to work by copying the files on a separate location outside the distrib folder (desktop is good), highly suggest openin the default and recent files txt files from the project folders and clearing them out so the corrupted file doesn't launch upon ai restart.

If this fails, well... Hopefully you are not in show because you will need to uninstall ai, delete leftover distrib folder, restart and reinstall, and hopefully your project file is not so corrupted that you can actually launch it again.

As far as "what do you mean by corrupted?" Well, file and folder references are lost altogether. So if you are triggering a file via artnet, it plays so neither file completely different (sometimes you get lucky and it plays your reference file folder 254, file 1) and not say, a different djs name on the dj booth

, also play modes get scrambled along with color modes 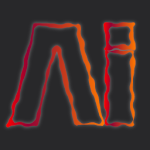 if you mean the "sandbox" that i made, i made it some time ago, so it may be possible that something has changed in the functionality since then. i will make a new updated one and get it posted - there are some other nice starter modules to include now anyway.

i've now updated the sandbox to v02, which will hopefully solve the crashes, but let me know if it doesnt

Awesome sauce, I'll try and recreate the problem in a few weeks when i get back home