I promised we would have it ready by the end of February, so here it is, with 8 hours to go!

I'm not recommending you use it for shows yet as it is still at BETA stage, but we should have a full release within the next few weeks.

It has been tested with Avolites, MA, ETC, Compulite so far.

this is such a big release.... so many great new features and some quality upgrades and updates. im realy looking forward to seeing the new approaches and workflow the users find. ive already found some new ways to do things that have hugely improved my workflow

check it out and let us know what you think!

Heres the headlines on whats new:

Completely New Layer Rendering Engine:
Modular approach to layers, add as many as you need*
Per Layer Blend Mode
Cross Fade on a single layer
Controls brought out to simple UI interface
* within the hardwares capabilities

New Media Bank Browser:
No more clusters and remembering A, B, C, D etc
Banks stored with project file
Banks can be easily dragged into projects

Plus lots, lots more (seriously there is actually lots more).. 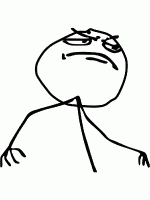 Just letting you know I've updated the build linked to in the first post to this version:

This has some fixes to 'Edit as patch' and some updates to layer FX processing of patches such as live input etc.

Let me know if you have any problems.

Seem to be a major upgrade!

So, the 40 first channels are 1 Layer, the next 40 are FX attach to this layer? And 20 other would be an additional color blend module? I already download it, and will start to test it this week, seem to be great!! ... There is no sound control anymore? Just to know...

double click the layer preview in the performance page to see the layer parameters available in the 40/80/100 channel modes. the first 40 are the standard Catalyst layout and channels 41 to 100 contain extra parameters specific to Ai. a standard catalyst personality will work with the 40 channel mode.

It took 15 minutes to get someone programming with 40 channel mode on a Grand MA2. Extremely easy for someone used to programming that way.

Having multiple rollers is a great visual key. Seeing all the media previews for the current cue stack.

certainly I do something wrong but I don't find a way to switch on and off the layer FX and the color curves. At the moment if I change the curves or select an FX I don't see any alterarion.

have you adjusted the effects opacity?

if you are controlling from a desk its channel 40 for fx 1 and channel 56 for fx 2. this can also be adjusted manualy through the layers personality section.

Been playing with V7 for a week or so now and really liking it, cant wait for some of the final elements like projector positioning to come!!

Hi guys. Having an issue you might be able to Shed some light on....

I'm running v7 through an MA2 desk, 40ch mode and patched 2 layers for artnet control, when I transition between 2 bits of content on diff layers Im getting a quick flash of white before content starts running, is it likely to be because I'm using alpha info in some of content, this happens only when a play mode change happens on the layer about to transition too. Any ideas???

still too fresh to totally wrap my head around it but it's looking fantastic. Really looking forward to getting this into the work flow

Nice one Dave. Will give this a whirl tomorrow!!!!

Heres the last public Beta before the official v7 release which is very nearly ready!

OSX Version
Right click slider knob controls controls in UI needs to have the option to 'set to value'
double click to clear edit field doesn't work with string fields
option to set the layer to 40ch / 80ch / 100 ch straight on the layers patches in the mixer. it's now a hassle to go into every layer and change the settings
Wipe Transitions should be selectable in drop down when they are added to the transitions folder
Edit as patch should insert thumbnail file and path into patch so that it previews correctly in the roler cue
Ai Content Library Media Banks inc Gobos
Template Projectsoption to set the File/Folder in a Mixer with a simple ' open windows explorer and point to folder" thingy.
Live Map N Points
CITP - further testing

Whoops, that one was not quite ready. Sorry! There was some weird flickering going on in some places. We've fixed that over night anyway, so heres the latest beta:

DONE - Flickering image in clip preview and elsewhere
DONE - option to set the layer to 40ch / 80ch / 100 ch straight on the layers patches in the mixer.